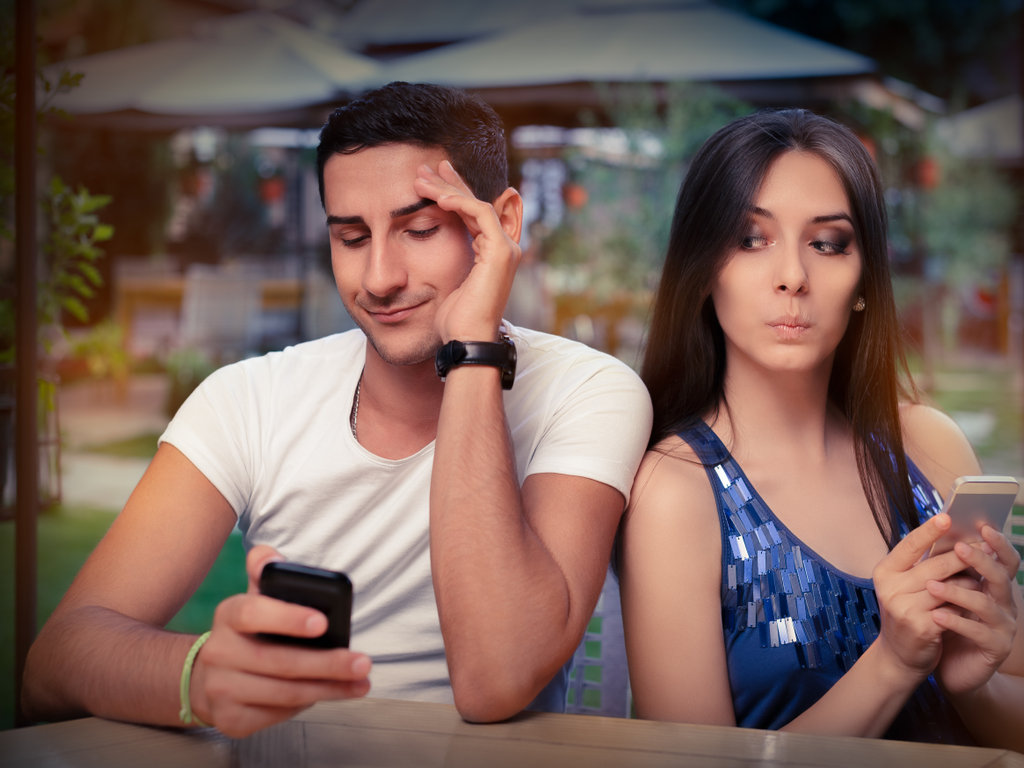 Her husband values his “privacy” and doesn’t want her to read his texts and emails. Should she be worried? What should she do?

Rebecca from Sioux Falls writes: “My husband and I disagree about privacy. I think I should know his email and voicemail passwords and be able to read his text messages, but he thinks I’m nosy and violating his privacy. What do you think?”

It’s difficult when two people in a relationship have different needs and they appear to be opposing. You have a need for transparency in your relationship, and your husband seems to have a need for privacy. So, Rebecca let’s get real. In our opinion, total openness and honesty is the goal in a relationship, and that relationships work best when everything happens in connection, no secrets and no holding back. But we wonder if your husband is feeling defensive because you’ve read some of these messages and you’ve given him a hard time about them, or you’ve been critical or suspicious.

Does your husband feel like he can’t be himself, and would need to censor how he communicate with others and fear that you might read something that you don’t like? Maybe he’s protecting or defending himself and maybe he does have something to hide. Either way, secrets are dangerous in a relationship. If one partner keeps secrets, the other becomes suspicious. Doesn’t matter why the secrets are being kept, he could really have something to hide or he’s simply protecting himself from your judgements and criticism.

So, Rebecca here are some strategies you might want to consider. First of all, talk about your needs, let him know that you really want to have an open and honest relationship with him. And it’s important to talk about your needs in a non-defensive and non-critical way. You’re just telling your truth. You’re not making him wrong. You’re not trying to be right. You’re not trying to win an argument. You’re just sharing from your heart what your needs are.  And on the same token then you’d want to ask your husband to do the same thing, to share his needs. What are his needs for privacy? And what is it that he considers nosy?

The word nosy is sort of a red flag that there’s a boundary that’s being crossed for him, and the boundary is sort of a line between what’s okay and what’s not okay in a relationship. So, whatever that is, he has a boundary and when you cross it, he calls you “nosy.” So, what needs to happen is for you guys to create a safe space for both of you. For you to feel secure that you know  everything going on and there’s enough transparency for you to feel secure, and for him to have his boundaries respected and whatever privacy needs he has, that he feels like he has those.

So ask him how it is that that two of you can have transparency and share passwords but in a way that doesn’t feel nosy for him. Chances are there is a way. Chances are it’s not top of mind and obvious, so you guys have to talk about it and brainstorm and come up with what we call “the third option.” It’s not going to be exactly the way you want it. It’s not going to be exactly the way he wants it. It’s going to be a third creative option that meets both of your needs.

So please, if you have an idea, or suggestion, or a comment for Rebecca, please enter it in the comment box below and let’s help her to have a transparent, trusting relationship with her husband.

And please do remember that telling the truth has consequences. It’s really the only way to have a fulfilling relationship but not all relationships can handle the truth. So, if this is your situation please do get the support you need from a qualified therapist, counselor, or coach. No one’s successful alone. And just a little bit of support can go a long way in helping you live happily ever after. So thanks for watching
and bye for now.