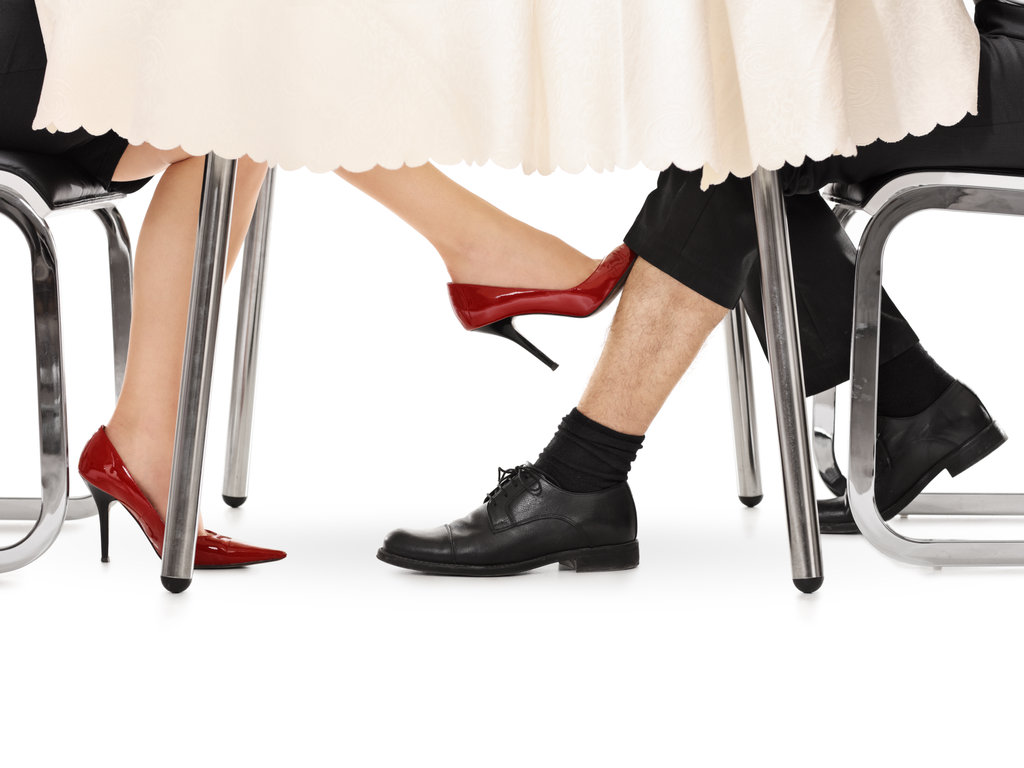 The key to successful flirting is not to show off and try to impress, but to convey that you like someone. If your target knows that you find him or her interesting and attractive, he or she will be more inclined to reciprocate.  Conveying that you like someone, and judging whether or not the attraction is mutual involves a combination of verbal and non-verbal communication skills. When you first meet new people, their initial impression of you will be based on:

Here are our Top Ten Flirting Strategies for Singles:

1.     Don’t flirt with people who are unlikely to return your interest: Even if you are not looking for a long-term mate, you will enjoy flirting more with someone who is interested in you. So it makes sense to approach people who are likely to see you as at least a possible partner, rather than those likely to dismiss you as unsuitable. Use their non-verbal signals to assess approachability.

3.     Vocal signals: Attraction and interest, for example, are communicated much more by the tone of voice than by what is actually said. Depending on the tone, volume, speed, and pitch, even a simple phrase such as “Good evening” can convey anything from “Wow, you’re gorgeous” to “I find you totally uninteresting.” Aim for moderation in volume and tone, with enough variation in pitch and pace to hold your companion’s interest.

4.     Opening lines: your opening line is really not very important, and all this striving for originality and wit is a wasted effort. The best openers are, quite simply, those which can easily be recognized as openers – as attempts to start a conversation. Ask a direct, open question such as “What do you think of this weather?” A direct question demands and requires a reply.

5.     Turn-taking: Once you have initiated a conversation with your chosen target, your success in making a favorable impression will depend as much on your social skills as on what you say. Try to make your contribution to the conversation roughly equal to that of your partner. The essence of a good conversation and a successful flirtation is reciprocity: give-and-take, sharing and exchange, with both parties contributing equally as speakers and as listeners.

6.     Talking: Negativity is a real turn-off, as is revealing too much about yourself too soon. Simple compliments are always welcome, but keep it light and general, since too personal or excessive use of compliments will make you seem ingratiating. Look into the eyes when you do compliment!

7.     Listening: Good listeners have distinct advantages, but being a good listener is not just about being quiet and letting the other person talk (although this certainly helps). Good listening is about giving good feedback, which involves giving both verbal and non-verbal signals to show that you are a) paying attention, and b) interested.

8.     Reciprocal disclosure: One of the most important aspects of flirting is reciprocal disclosure – the exchange of personal information. In fact, unless partners disclose at least some personal details, the conversation can hardly be called a flirtation – even something as innocent as the fact that one likes warm weather or Italian food, is a move towards intimacy.  The key to successful flirtation is to escalate the level of intimacy gradually, always maintaining a balance between your disclosures and those of your partner. Avoid getting too far ahead by revealing too much, or lagging behind by revealing too little.

9.  Humor: Judicious use of humor can reduce anxiety and establish a relaxed mood. You’ll be perceived as more likeable, increasing levels of both trust and attraction.

10.  Parting: If you’d like to see this person again you have to ask! Simply say: “Would you like to meet for a drink sometime next week?” (or some equivalent, the exact words are unimportant, but it must a be a clear request).

If making a date on the spot would be awkward or inappropriate, say something like: “Perhaps we could meet again sometime – could I have your phone number?” If you are female, instead of asking for his phone number, offer your own. Say something like: “Maybe we could have a drink sometime? – here’s my number.” This makes it perfectly clear that you are interested, but still requires the man to take the initiative in asking for a date.

Flirting is a skill that you acquire through practice. You will never become a proficient flirter if you are afraid of the outcome of approaching potential dates!  Try it! PRACTICE.